“Why is he not crawling/sitting yet?” This is a question that I get quite often from people, so today I thought I’d shine a little light on Braveheart’s progress.

Before Braveheart’s second surgery, he was actually right on time developmentally. In fact, he was a little ahead of the curve. He was lifting his head and starting to push up on his arms. He was 5 months old, an age where babies usually become mobile, when he had his second open heart surgery. 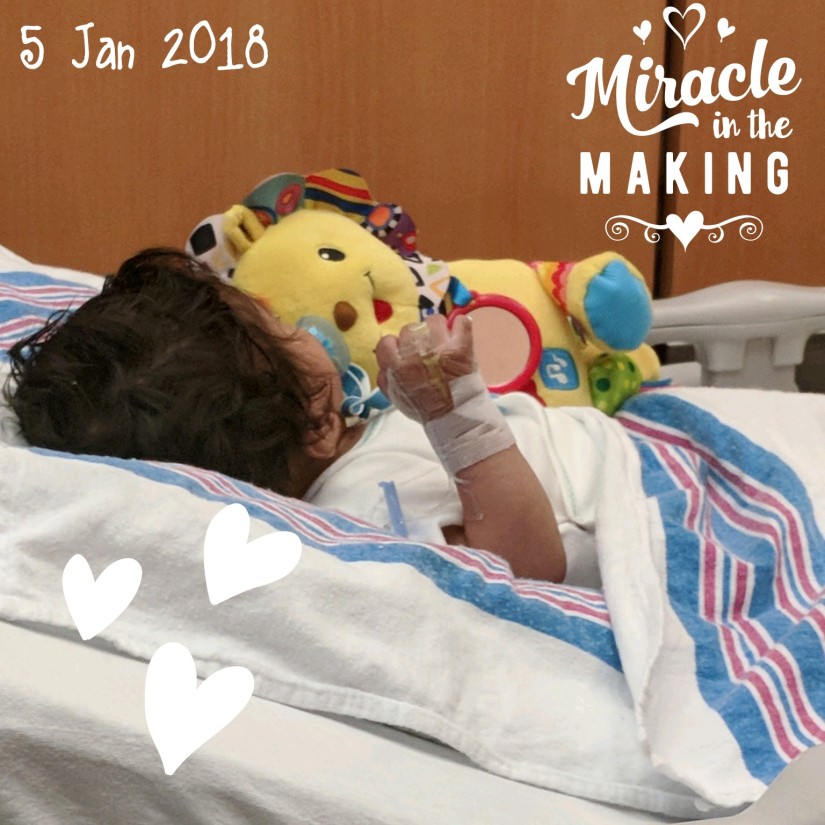 His surgery happened at a time that was crucial for his development, but instead of being able to exercise the muscles in his arms and torso (and even in his legs), his energy went to his recovery. We believe that during recovery (6+ weeks), it was painful for him to bear weight on his arms, so he was wary of doing so for quite some time.

Currently, our main goal is Braveheart’s physical development. He gets a 1-hour Physical Therapy session, in-home, weekly, and a visit with a special education teacher monthly to work on his social, language and cognitive skills. In the absence of his therapists, we work with him daily, and we definitely see weekly, and sometimes daily, improvements in his motor and social skills.

Braveheart has some problems with hand-eye coordination. He is not yet crawling, but he has come up with his own unique way to move around – which involves pretty much diving from crawling position or log rolling around. He has a little trouble with eye contact but he’s becoming significantly better. At times he waves goodbye, but he is really not a big fan of using his hands, so we’re working on that.

We believe that he will catch up, but we definitely try to take things one day at a time. As a parent, I believe it’s natural to have an expectation/image of your child even before he/she is born. By now, we definitely expected him to be cruising, if not walking. We expected him to be saying a few words, eating finger foods by himself, and being a social butterfly. Reality definitely hit us very hard in those aspects, and it is especially heart-wrenching when people ask why our child is not normal (in nicer words of course, lol). BUT you know what? Because of the extra steps we have to take to ensure that Braveheart catches up, it has taught us to be all the more grateful and proud with each improvement he makes.

Just because our little guy has a developmental delay does not mean that we’ve given up our expectations for him. We expect him to do great things in the future!

Thank you for reading!

5 thoughts on “Why Developmentally Delayed?”