July 9, 2017. A day I will never forget. Around 10am, I awoke and stretched, murmuring to my husband that I’d had the best sleep ever. Within 15 minutes, lying there in bed, I was gripped by what I was certain was a contraction, and then if certainty wasn’t enough, my water broke.

I always thought that I would’ve be the calm one in that situation, yet it was me doing all the hopping around and “oh my God”-ing. While I took care of the leaking situation down below, my husband called my mother. She returned home, we squealed about the excitement of this finally happening, and we decided she should quickly braid my hair.

Perhaps this seems like an ill-timed decision, but I’d been told by just about everyone – medical professionals included – that a first labour was a very long process. 12 hours minimum.

At this point, the contractions were getting stronger. My husband and I were sitting across from a young lady somewhere in her 2nd trimester. Her mother was beside her. My own mother and my aunt were several floors below, waiting to get permission to come upstairs (once I was settled into a Labor and Delivery room). You’d think that I’d get priority with my contractions coming every 3 minutes, yet I was sitting there, panting, and groaning, and nearly sliding out of the chair. My dress was getting soaked more and more with amniotic fluid as each contraction hit.

The thirst was almost unbearable, but no one would let me drink water. On top of that, they called me to an intake room to ask questions while I attempted to answer between each vice grip of a contraction. The situation lost it’s comedic charm very quickly.

Eventually, they brought me to a triage room and the nurse lay a folded gown, some socks, and a container for a urine sample on the bed. For some not-so-smart reason, I decided to take a knee… and then two knees during the next contraction. I was still on the floor with my husband convincing me to get up by the time the nurse returned for my sample. Luckily, she was kind and said I didn’t have to give the sample, but I did have to get out of my clothes.

Hubby, the champ he is, helped me out of my wet clothes and into the gown and socks. By then my contractions were still every 3 minutes but lasting 2-2.5 minutes per contraction. In other words, they felt constant. They asked me if I wanted an epidural once I was settled, and I said no. 3 contractions later, I was begging my husband to tell them I changed my mind. I was crying every time I felt the pain approach.

By then, I’d lost sense of time. The nurse helped me walk across the hallway to a L&D room, and in that short time, I was gripped by 3 contractions. Surprisingly, they felt a little less tense while walking. But then I had to get into the bed.

The room was massive, the sun outside was shining beautifully through the windows, and I was told that I could finally have some water or ice chips. But as I got into the bed, 2 contractions later, I was screaming and grunting and sliding off the bed like a madwoman. My husband was desperately trying to keep me on the bed, and continuously rearranging it every time I kicked pillows and sheets off.

Suddenly, something changed. I felt like a bowling ball was dropped into my pelvis and I thought for sure ‘Oh God, this is the end…” It was that I’m-gonna-die moment that I’ve heard so much about. I guess my tone changed because the nurse came running in to ask if there was ‘pressure’. PRESSURE? Ha! There wasn’t a word for what I felt. But apparently, that was the transition stage because I was 10cm dilated and ready to push.

I gotta stop here and give it up to women who are told not to push and actually comply. It takes a lot of will and strength to breathe through a contraction instead of pushing. I vaguely heard one of the nurses say: “Don’t push, we have to wait for the NICU team and the doctor.”

Maybe I did intend to be obedient, but my body didn’t. The doctor came right after, and my legs were put into stirrups, the bed raised. It was showtime. My aunt and mother came in, and I idly thought of going “oh hey, welcome.” But I was too busy grunting like a savage. Me, the quiet, refined one (in public at least).

My husband took the role of holding my leg back, and at some point the room was flooded with doctors. I barely noticed. I listened to their instructions and pushed while they counted. Honestly, pushing was the easiest part. I could actually channel my pain into an action that had such an incredible reward.

Yeah, I did feel the ring of fire when Braveheart’s head crowned, but I didn’t care. I did have one moment of clarity though. It went something like:

Doctor: oh here’s the head.
Me: does he have hair?
Doctor: oh lots of it.
Me: oh good. *returns to pushing*

Then all the pain ended and little Braveheart was here.
They told me that his first action was to pee all over the doctor. He had a squeaky little cry, and I was thinking: oh thank God. He cried on his own. The doctor very briefly held him against my left arm and I was able to touch him. Then he was whisked off.

There was so much triumph and euphoria that I didn’t even care for a moment. He looked good (albeit vernix-covered and bloody), he sounded good… Nothing seemed wrong. (But oh what a journey we had ahead of us in his 3 weeks in the NICU).
In the aftermath, there was a lot of blood loss on my part, I fainted at some point, but eventually I got to see my baby boy. He was so tiny. So cute and pink. 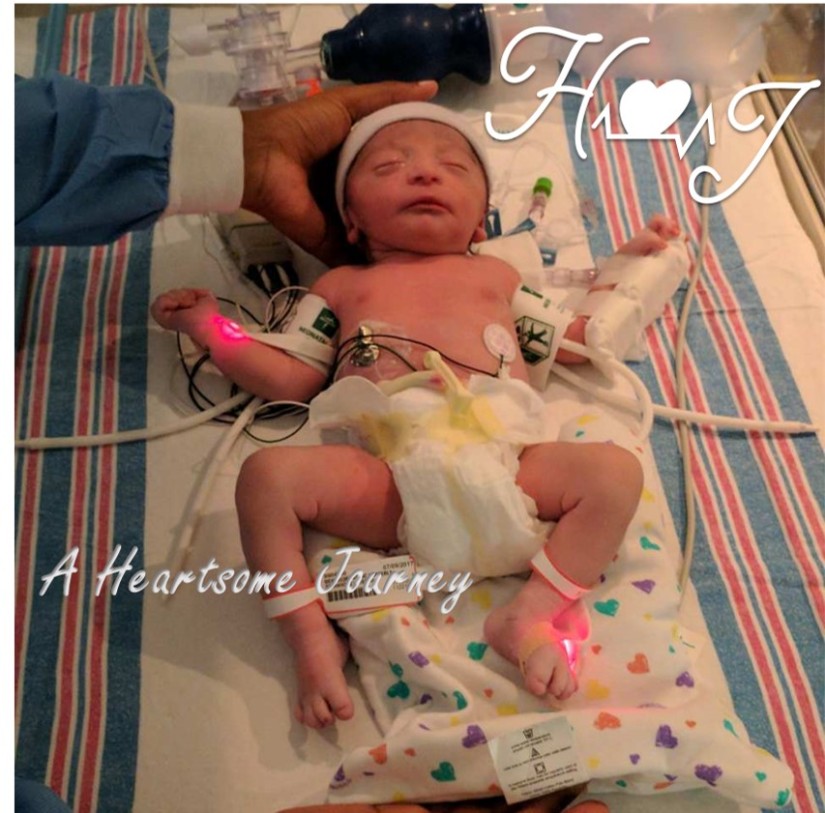 I don’t remember seeing anything except his cute little face and tiny feet and hands. When I looked back at pictures months later I was shocked to see he was already hooked up to an IV, so his arm was splinted and everything. How did I miss that?

My labor lasted about 5 hours and 36 minutes. It was quick and oh so intense. Bringing a baby into this world… was absolutely incredible and euphoric. Through pain and sweat and relatively insane moments, life was created. Giving birth was the hardest thing I’ve ever done, but definitely the most rewarding. And from that point, my life changed forever. 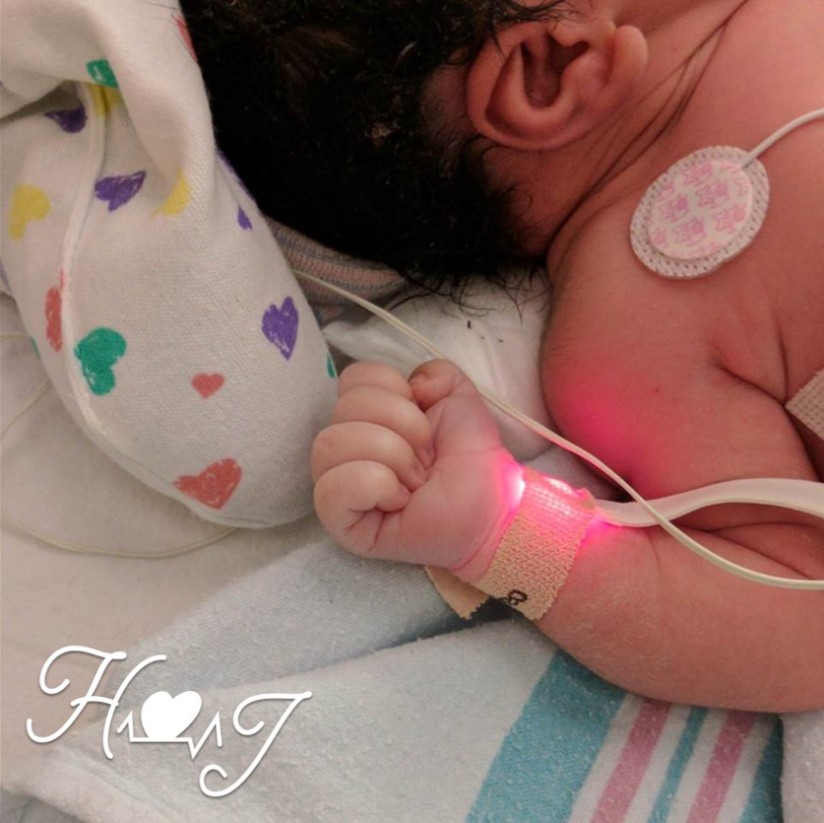