Developmental delays are one of the things that hubby and I feared most when we were told of Braveheart’s diagnosis. It was ‘expected’ that because of potential surgeries and recovery times, that Braveheart would fall behind. With all our might, we denied this possibility. We had faith that he would be, not only right on time but ahead of the curve. Ironically, he was rather ‘advanced’ until his second surgery. Before his second surgery, around 4-5 months old, he already seemed as though he was preparing to crawl. Fast-forward to after his surgery, he didn’t even want to be on his tummy, understandably.

For the first seven months or so of Braveheart’s life, we were focused on his health. The first few months were filled with so many specialties: Gastroenterology, Otolaryngology/ENT, Speech-Language Pathology, Genetics, Radiology, Cardiology, and now Urology. Currently, he has follow-ups only with Cardiology and Urology (we will soon have one final appointment with ENT). However, the greatest focus right now is with Early Intervention since the biggest concern is catching him up developmentally – mainly his motor skills.

At The Little Gym earlier this week, my hubby and I had a brief moment of disappointment. A baby who is months younger than ours was suddenly leaps and bounds beyond Braveheart’s development. We saw this cute little guy only about a month ago and he was doing none of the amazing things he can now do. 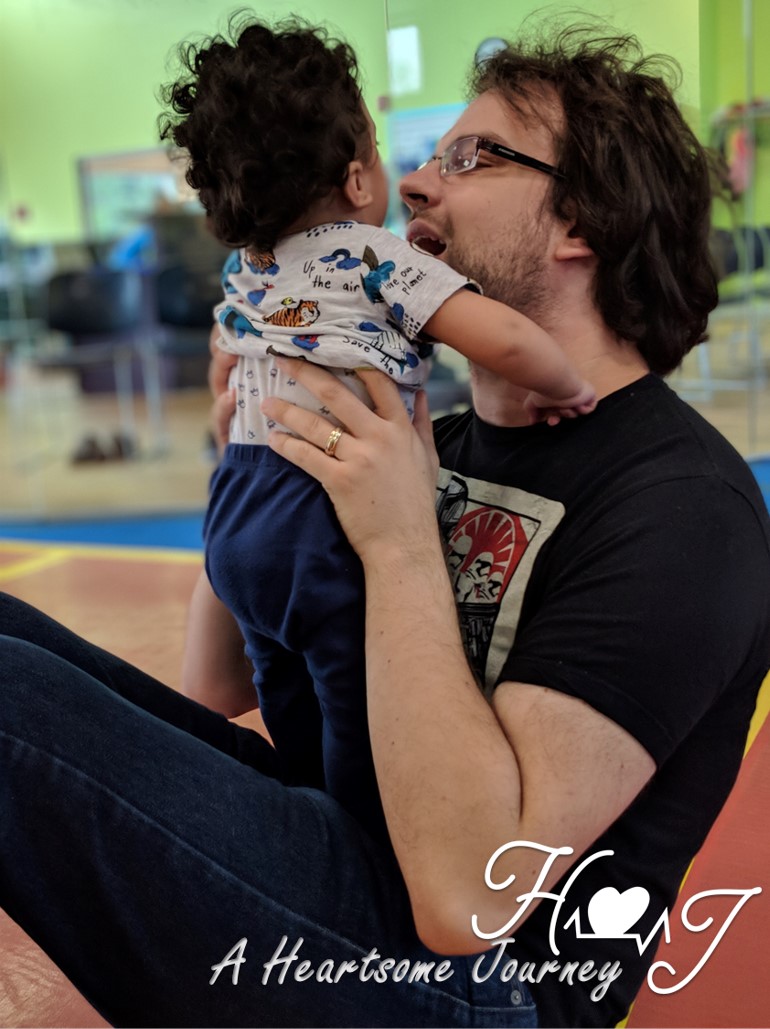 We looked at that little guy, who is half Braveheart’s size. And we looked at our little man. And I honestly felt a tiny pang in my heart. There was that much younger baby, crawling, banging toys, babbling to his heart’s content… And there was our little treasure just hanging out there kinda-sorta on his hands and knees. I thought to myself: oh when is he going to start crawling already? When is he going to be able to grasp objects and maneuver them as well as that other baby?

I lifted Braveheart up and sat him on his bottom. Then something amazing happened. Not only did he sit with his back fully straight on his own, but he balanced for a good few seconds without even touching the floor with his hands. And he reached out for a ball and got it, without falling over. Guys, that is a biiiig moment right there! 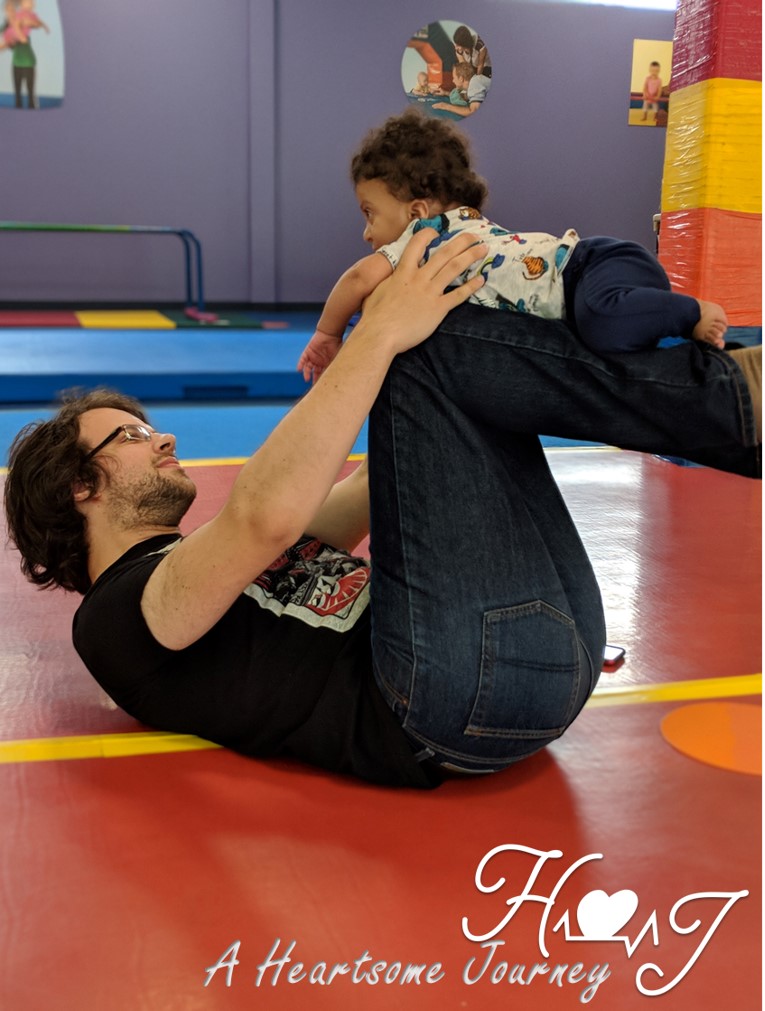 Of course, we were all squeals and hurrays. It was one of those moments that put everything back into perspective. Yeah, it seems like a huge disappointment when your child is not doing all the things you imagined he would be doing. But it reminds us not to take these little milestones for granted. Everything happens in the right timing, sometimes there just needs to be a little more help and encouragement.

Braveheart is doing incredibly well. Each day he improves a little bit more. He may not be as far along as we thought he would be, but he amazes us with his improvements and new discoveries daily.

4 thoughts on “In His Own Time”